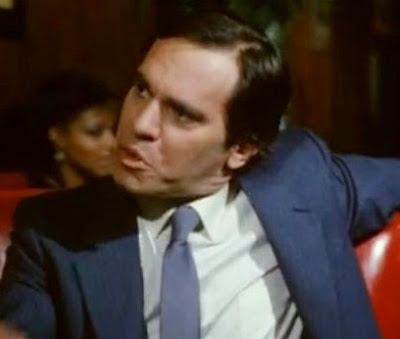 ﻿
Posted by KeatsFanKat at 8:37 PM No comments:

A fellow fan sent me these links showing Steven from when he guest-starred in the The Rookies, back in the 70s.  This is from an episode called One Way Street to Nowhere and he played Comstock.  Unfortunately, these aren't close-ups or front shots but you can still see him.  Below are the three links; they are not hyper-linked, so you'll have to highlight/copy/paste into your address bar, one link at a time, to view.  You may even need to be signed in to F-B.  And very cool Rookies page by the way, thanks for posting these - and thanks also to the person who told me of them.

The links are long so I made them small...

Posted by KeatsFanKat at 10:17 PM No comments:

"I got my first paying job in the theater, I did everything including sweep the stage" 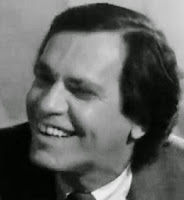 ﻿
Posted by KeatsFanKat at 9:22 PM No comments: 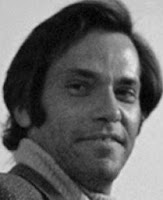 Posted by KeatsFanKat at 7:16 PM No comments:

It seems that in many of his later roles, and during his career in general, he was being held back and required to be a lesser version of himself. For instance in certain 80s & 90s television roles, his sexuality appeared to be censored and sanitized, his personal flare suppressed and toned way down, through no decision of his own. I can't help but think of his quote in an interview where he was saying how he shouldn't have to close the gap between his two front teeth - in order to be an actor, and I agree.  There were many roles later in his career where that trademark gap was either narrowed down so much that it was barely visible, or closed up entirely. Now I realize when you're playing different characters, changes in appearances are necessary but there were many roles that Steven played, where it wasn't necessary to do so.

For instance, I was recently watching Steven in a guest starring role on a popular 80s TV show.  In that episode,  he plays an escapee from prison who's on the run and who ends up holding a couple of people hostage.  In this episode he is clean cut, clean shaven, wearing light and friendly neutral colors, including a neck high t-shirt - underneath a jacket and button down shirt - which is completely covering his chest hair, and the gap between his two front teeth is nearly closed. It seemed far too polite and proper for this character, who was an extremely dangerous criminal. The character should have been dressed all in dark threatening colors, and wearing say; a big leather jacket, torn jeans, weather-beaten boots, a worn out open shirt underneath - mostly unbottoned revealing his full hairy chest,  the gap in his two front teeth completely showing, his hair long and unkept - sort of like an uncaged lion.  This guy he played was on the run and up to no good and should have been allowed to look that way!

I can only imagine how scary-awesome this episode could have been, had he really been allowed to cut loose artistically with the role. There were certain scenes in the kitchen, living room, on the staircase and especially in the bedroom - where he backs one of the female hostages up against the dresser - that could have been so frightening, so sexually charged and electrifying, that housewives across America - along with the rest of the female viewing audience - would have fallen over in a dead faint, dropping their irons, dishes, pots n' pans, and coffee cups in the process. Who was that guy!?  (Pardon the household humor, I'm just trying to make a point.)  He had a very raw and rugged type of handsomeness, even wild and animal like at times.  Back in the 70s, he was allowed to really show it - not only in what he wore in certain roles, but also as an actor.

I really feel that Hollywood, and the powers that be, couldn't recognize pure gold when it was staring them square in the face. Steven was often handed the same types of roles and yet, he was able to take each one and make it entirely different, new and interesting, every single time.  That is how skilled, gifted and charismatic he was. Steven had a very successful career but I don't feel he received the types of roles or the credit, he so deeply deserved. I think of a Ferrari that's stuck in the slow lane, that should have been freed up - and allowed to really fly down that freeway.  And he never should have had to close that gorgeous gap!

Anyway, like I said before, this is all just my personal opinion.  And for the record, I didn't create this site to put him up on a pedestal, I created it as a heartfelt tribute and memorial - where he could be celebrated.  Thanks for visiting and for reading.

(the picture in the post below is not from the above-mentioned show)
Posted by KeatsFanKat at 10:34 PM No comments: 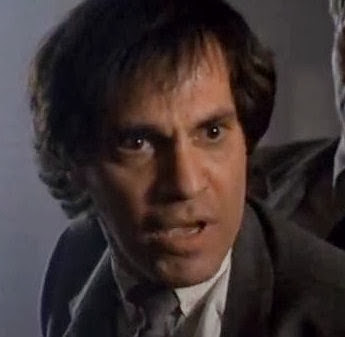 ﻿
Posted by KeatsFanKat at 7:11 PM No comments:

I love Steven's two-syllabled "Hi" - which always has a touch of laugh to it....(sort of a "ha-hi").  I'm hearing it in many of his performances.

Definitely a steven-signature and a greetings unique!
Posted by KeatsFanKat at 6:04 PM No comments: 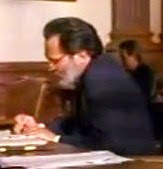 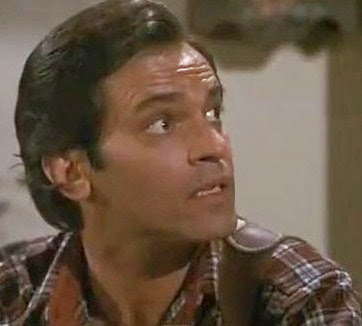