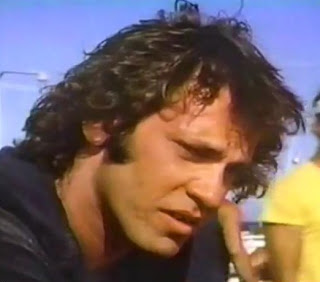 "When I'm performing a role just right, I get a feeling of perfection, almost ecstasy.  It doesn't happen very often but when it does, it makes it all worth while."


On wanting to become an actor:

"I didn't know there was such a thing as agents, auditions and interivews.  I just assumed you walked down the street and an agent sees you and says, "I'm going to make you a star."

"I didn't believe in the idea of a supreme being.  Somehow in my young mind, I concluded that if there was such a thing as God, it was inside us."

On his two sons whom he adores:

"I enjoy being in their company more than anything."
"They're curious and adventurous like me."

On spending "two years too many in the combat zone of Vietnam"
"I went over to Vietnam politically unaware and returned a pacifist.  I came back knowing that war has nothing to do with good or bad, right or wrong.  It simply has to do with economics - and the big bosses make us do their fighting."

"For some guys, it was the end of their life either figuratively or literally."

After his discharge from the Air Force, he decided to major in speech therapy at Montclair State Teachers college in NJ.  He chose teaching because it meant he could work with children - which he loves.   He chose speech because it was part of the theater department.
Posted by KeatsFanKat at 10:33 AM